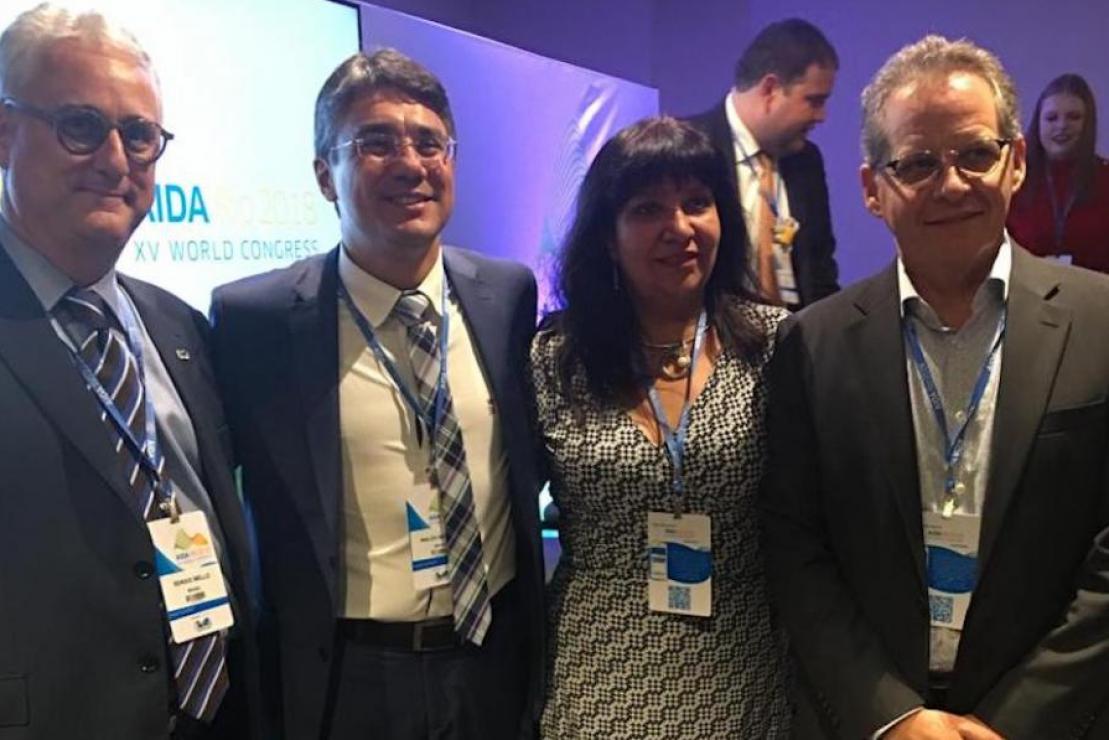 The countries that currently act actively in CILA are: Argentina, Bolivia, Brazil, Chile, Colombia, Costa Rica, Cuba, El Salvador, Spain, Mexico, Panama, Paraguay, Portugal, Peru and Uruguay.
Ecuador is in the process of a near reactivation.

The national sections that compose the CILA meet periodically in the General Assemblies that take place every two years on the occasion of the International Congresses of CILA that take place on a rotating basis in the countries where there is an active CILA section.

The Vice President and the Executive Secretary are appointed by the President of CILA, according to their statute

The General Assembly of the CILA is integrated by all the national sections that constitute the CILA, that have current affiliation to AIDA international.

Each national section has one vote in the General Assembly.

The representativeness of each of the National Sections in its connection with ClLA, corresponds exclusively to its President or whoever replaces it.

The General Assembly elects the President and the Council of Presidency of CILA in each international AIDA World Congress that takes place every four years.

The President of CILA is elected by the General Assembly of CILA from among the members of the National Sections that are part, following the rules of elections.

It is elected by the General Assembly to be held on the occasion of each World Congress of AIDA International, by simple majority of the members present in the Assembly and for a period of four years.

The Vice President and the Executive Secretary are appointed by the President of CILA, according to their statute.

The members of the Presidency Council, except for those who permanently integrate it in their own right, are elected by the General Assembly of the CILA on the same occasion as the President is elected.

The President and Vice President positions are not eligible for re-election.

The positions of President, Vice President and Executive Secretary are rotating among the different National Sections that make up the CILA.

The Council of Presidency of the CILA plays an advisory role.

There are election rules for non-permanent members, that is, they do not integrate in their own right the Presidency Council.

The decisions of the Council are made by simple majority of the members present, the President having a double vote in the event of a tie.

The Presidency Council must meet face-to-face during the Latin American Congresses of Insurance Law of CILA, which are held every two years, and at the time of the AIDA World Congresses.

The CILA grants special recognition to its members who, due to their transcendent contributions, have contributed to the fulfilment of the objectives and the academic development of the CILA.

It also grants recognition to those who due to their career in Insurance Law deserve to be highlighted.

The CILA is governed by its Statutes that were submitted to reforms and whose current text entered into force as of the Assembly of the CILA held on May 20, 2010, on the occasion of the AIDA World Congress, held in Paris.

Likewise, in 2015, during the Presidency of Dr Andrea Signorino Barbat, the General Assembly of CILA that met at the CILA Congress in Havana, Cuba, approved election rules for the President of CILA and non-permanent members of the Council of Presidency, as well as rules for the functioning of the CILA Working Groups.

The National Sections that integrate CILA must once a year, according to its Statute, deliver to the President of ClLA, the report or information on the activities that they have developed during the corresponding year.

THE INSURANCE OF URBAN AND AUTONOMOUS MOBILITY VEHICLES

The new Civil Liability and Car Insurance Directive. The revision of the Distribution Directive and improvements in the transposition (RD-Law 3/2020)