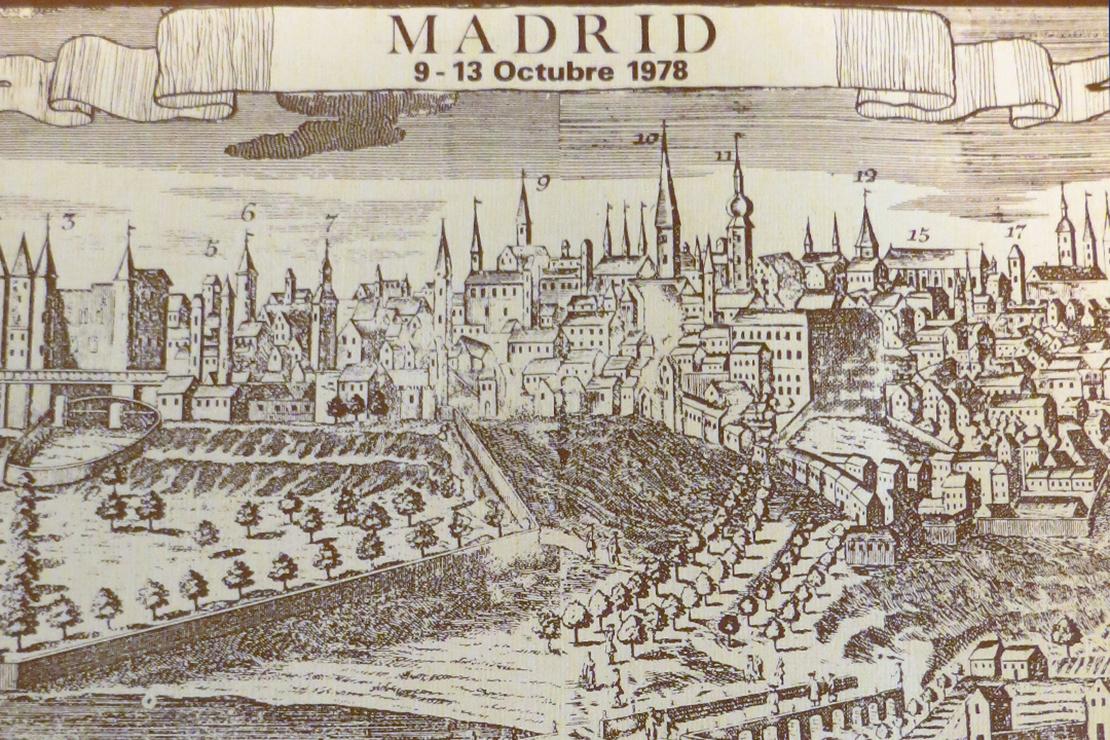 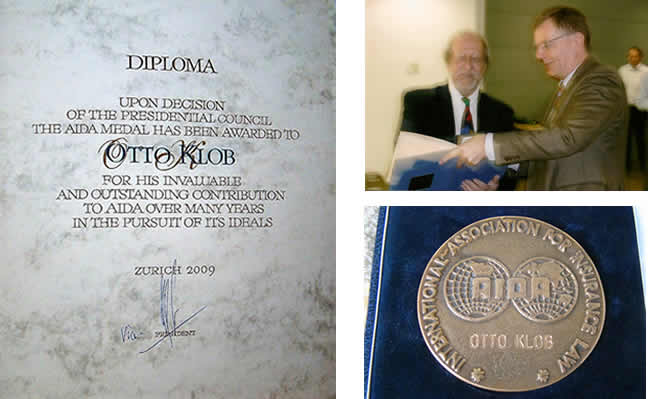 At the initial assembly, held at the International University of Comparative Sciences, the organisation's 16 founders appointed a provisional Committee of Directors and two co-Presidents, Prof. Antigono Donati and Prof. Hans Moeller, who were entrusted with the task of promoting the foundation of national sections (or chapters) of AIDA in the Latin world (Donati) and in the Anglo-Saxon and Germanic world (Moeller).

The Congress, which surpassed all expectations, was attended by some 1,000 delegates from 50 countries. The delegates included many leading jurists and representatives of the international insurance industry. The Congress was opened in the presence of the President of the Italian Republic and closed by the Minister of Foreign Affairs. One of the members of the Mexican delegation was Emilio Portes Gil, former President of the Republic.

The first Congress was devoted exclusively to fundamental issues as Prof. Donati pointed out in his opening address: "Considering the large attendance at this Congress and therefore the presence of scholars of such different origins, it is necessary to reach an understanding on questions of principle, on broad trends, and on overall architectural lines rather than on particular issues".

The three themes discussed at the Rome Congress were: (1) the juridical concept of insurance; (2) the functions and scope of private insurance and social security; and (3) the state control of insurance.

During the Congress, the General Assembly of National Chapters met and approved the international by-laws of AIDA and appointed officers. Prof. Donati was elected by acclamation as the first President of the Association for the four-year term from 1962 to 1966.

In 1966, the second World Congress was held in Hamburg. This Congress dealt with insurance themes of more direct import to specific countries, plus issues such as state intervention in respect of insurance companies in difficulties; means of reducing the costs of civil liability insurance; and the effect of the policyholder's behaviour on contractual guarantees.

The Hamburg Congress marked the first time that general reports on the themes which were debated were based on the national reports prepared by the various chapters, a policy which has facilitated the gathering of insurance documentation.

The 2022 World Congress will be held in Melbourne.

In addition to World Congresses, the AIDA by-laws authorise chapters to hold conferences at a regional or transnational level. Various National Sections have from time to time have studied particular issues of concern from a national viewpoint and recommended possible solutions. A few at various times have formed regional subsections of their own national chapters. Conversely, some national chapters have organised colloquia to debate specific themes on either a fully international perspective or in collaboration with one or more other National Sections experiencing similar difficulties.

The first Panamerican Congress of insurance law was held in Mexico City in 1964 and was organised by Emilio Portes Gil, former President of the Mexican Republic. The Congress, which was well-attended, was officially opened in the presence of Adolfo Lopez Mateos, the then President of the Republic of Mexico. Subsequent Panamerican congresses have been held in Buenos Aires (1969) and Rio de Janeiro (1971 and 1984).

The sixteen Ibero-Latin-American Congresses, promoted by CILA, held to date have been as follows:

The next CILA Congress will be held in Costa Rica in 2021.

The full list of AIDA Europe conferences held to date is as follows:

The next AIDA Europe Conference is to take place in Zurich in 2021.

In 2013 AIDA Europe combined with the Federation of European Risk Managers' Association (FERMA) to hold a joint conference in Paris.

In 2017 the AIDA National Sections of Australia, New Zealand, Singapore, Hong Kong and Rep. of China joined forces with AIDA, and the Federation of Defense and Corporate Counsel (FDCC) to stage the Asia-Pacific Insurance Conference in Singapore, the first time such a collaboration had allowed a regional international event of its kind to be held in the Asia-Pacific region.

History and Biography of National Sections' Presidents and Councillors

In Lausanne in 1974 AIDA’s first two international working parties were formed with the purpose of studying the themes of "Insurance and Acts of Violence" and "Risk Accumulation and Subrogation", both of which had been debated during that year's World Congress.

Since that time a number of other working parties have been formed or have evolved to replace others ceasing to be active.

The number of AIDA international working parties is now twelve in number, the majority of which meet approximately twice a year and which post material from their meetings on the AIDA website.

At various times some of those Working Parties have published more regular newsletters, Reports or questionnaire answers on various topics, sometimes collaborating in joint meetings or publishing combined materials on topics of overlapping interest to more than one Working Party.

In earlier years a large proportion of AIDA's activities was published. Published materials recorded the proceedings of all World and Continental Congresses and important meetings, collections of studies on the themes dealt with by some of the working parties, including Reinsurance, Pollution and Insurance and Products Liability, and monographs on specific topics.

Among other notable publications was a volume of "Studies" in honour of the late Honorary President of AIDA, Prof. Andre Besson ("Hommage à André Besson"), edited by the Hungarian Chapter and published in 1987, and a collection of 27 monographs on insurance contract law by Prof. Marcel Fontaine, published in two volumes in 1990 and 1992.

The AIDA World Yearbook, published by the Italian Chapter, was for many years a bilingual (Italian–English) volume on the history and activities of all chapters of AIDA. An AIDA publication, AIDA Mail, an electronic newsletter produced three times a year for some years, replaced earlier printed publications serving to record the association’s activities, including updates on National Section and Working Party activities, and developments in insurance law from around the world. The AIDA website has in more recent times served this purpose. Recent and historical materials produced by various AIDA personnel are to be found on the Resources/Library section of the website.

The Presidential Council of AIDA(World) awards AIDA Medals to those who have made an outstanding contribution in the field of Insurance Law and longstanding commitment to the objectives of AIDA over the years. The list of AIDA Medal Holders identifies many of those individuals to whom AIDA owes its greatest debt.